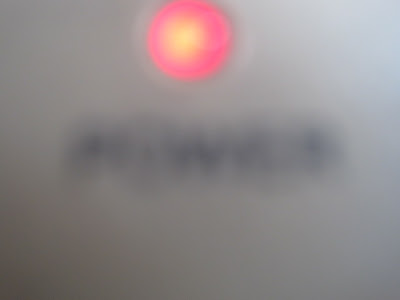 People bitch about Burroughs and Bukowski, saying they don't like their writing...some call them hacks. Blah, blah, blah...
What I appreciate about them most at times is their outsider's take on the world.
They allowed themselves the freedom to think outside of the work-a-day existence.
Burroughs work is all about the struggle to unleash creativity from the powers of control.
For instance:
“words are still the principal instruments of control. Suggestions are words. Persuasions are words. Orders are words. No control machine so far devised can operate without words, and any control machine which attempts to do so relying entirely on external force or entirely on physical control of the mind will soon encounter the limits of control. “ from THE LIMITS OF CONTROL, 1975
“Verbal techniques are now being used to achieve more reliable computer-processed techniques in the direction of opinion control and manipulation, the ‘propoganda war’ it’s called.” THE JOB

“a modern government armed with heavy weapons and prepared for attack could wipe out ninety-five percent of its citizens. But who would do the work, and who would protect them from the soldiers and technicians needed to make and man the weapons?” from THE LIMITS OF CONTROL, 1975
“Americans have a special horror of giving up control, of letting things happen in their own way without interference.” From NAKED LUNCH
“The whole of Western psychology has been sidetracked from the way it should have gone. It should have gone along the lines of Pavlov and the conditioned reflex.” From an interview reprinted in BRAINWASHING: THE FICTIONS OF MIND CONTROL: A STUDY OF NOVELS AND FILMS by David Seed
‎"And what does the money machine eat to shit out? It eats youth, spontaneity, life, beauty and above all it eats creativity. It eats quality and shits out quantity." THE JOB
"America may well be the hope of the world. It is also the source of such emotional plagues as drug hysteria, racism, Bible belt morality, Protestant capitalist ethic, muscular Christianity that have spread everywhere transforming this planet into an annex of Hell." THE JOB
"America is not so much a nightmare as a non-dream. The American non-dream is precisely a move to wipe the dream out of existence. The dream is a spontaneous happening and therefore dangerous to a control system set up by non-dreamers." THE JOB
‎"What I am here to learn is a new way of thinking. There are no lessons and no teachers. There are no books and no work to be done. I do almost nothing. The first step is to stop doing everything you "have to do"...The new way of thinking has nothing to do with logical thought. It is no oceanic organismal subconscious body thinking. It is precisely delineated from what is not. The new way of thinking is the thinking you would do if you didn’t have to think about any of the things you ordinarily think about if you had no work to do nothing to be afraid of no plans to make. Any exercises to achieve this must themselves be set aside. It’s a way you would think if you didn’t have to think up a way of thinking you don’t have to do. We learn to stop words to see and touch words to move and use words like objects." WSB--THE JOB

To put the country simple, earth has a lot of things other folks might
want...like the whole planet. And maybe these folks would like a few changes
made. Like more carbon Dioxide in the atmosphere, and room for their way of
life. We've seen this happen before, right in these United States.

Bukowski was a cruder sort. Did not have the academic background that Burroughs did.
He took chances, though, and he certainly understood the importance of freeing ones self from the reins in order to get the important living done...and down.

POLITICS IS LIKE TRYING TO SCREW A CAT IN THE ASS

"Dear Mr. Bukowski:
Why don't you ever write about politics or world affairs?"
M.K.

...and there's this from NOTES OF A DIRTY OLD MAN:

"I don't want to get as holy about being active and involved with mankind as Camus did (see his essays) because basically most of mankind sickens me and the only saving that can be done is a whole new concept of Universal Education-Vibration understanding of happiness, reality and flow, and that's for the little children who ain't murdered yet, but they will be, I'll lay you twenty-five to one, for no new concept will be allowed--it would be too destructive to the power gang. no, I'm no Camus, but, sweetheart, it bothers me to see the Klankheads making hay out of Tragedy.
Gov. Reagan's statement, in part: "The average man, decent law-abiding, God-fearing, is as disturbed and worried as you and I about what happened.
"He, and all of us, are the victims of an attitude that has been growing in our land for nearly a decade---an attitude that says a man can choose the laws he must obey, that he can take the law into his own hands for a cause, that crime does not necessarily mean punishment.
"This attitude has been spurred by demagogic and irresponsible words of so-called leaders in and out of office."

but, God, I can't go on. it's so dreary. the Father-Image with ye old razor strop to whip our ass. now the good governor is going to take away our toys and put us to bed without dinner.
lord, lord. I didn't murder Kennedy, either one of them. or King. or Malcolm X. or the rest. but it's fairly obvious to me that the Left Wing Liberal forces are being picked off one by one--whatever the reason (a suspect who once worked in a health food store and hated Jews)--whatever the reason, the left-wingers are being murdered and put into graves while the right-wingers don't even get grass-stains upon their pantscuffs, and weren't Roosevelt and Truman also shot at? Democrats. how very odd.
that the assassins are sick, I will admit. I'm also told by the God-fearing that I have "sinned" because I was born a human being and once upon a time human beings did something to one Jesus Christ. I neither killed Christ or Kennedy and neither did Gov. Reagan. that makes us even, not one up. I see no reason to love any judicial or spiritual freedoms, small as they may be now. who is bullshitting who? if a man dies in bed while fucking, must the rest of us stop copulating? if one non-citizen is a madman must all citizens be treated as madmen? if somebody killed God, did I want to kill God? if somebody wanted to kill Kennedy did I want to kill Kennedy? what makes the governor, himself, so right and the rest of us so wrong? speech-writers, and not very good ones at that...what they won't tell us is that our madmen, our assassins do spring from out present mode of life, our good old All-American way of living and dying. Christ, that we are all not outwardly raving, that's the miracle! and since we have been rather sombre here, let's end it on the light fantastic, speaking, as we are, about madness."