SHUT UP AND LISTEN! 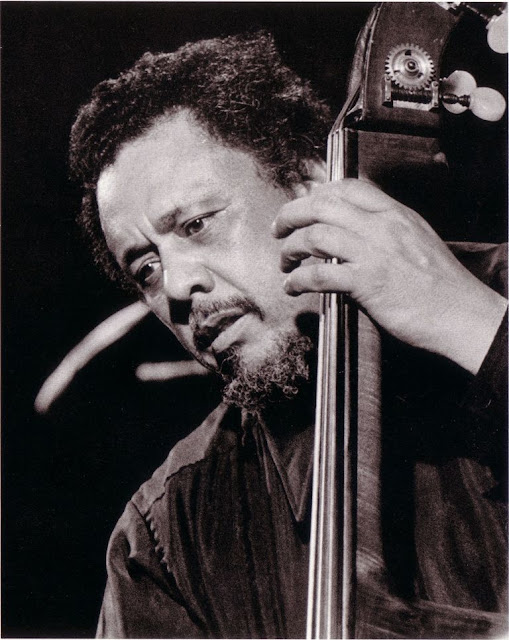 CHARLES MINGUS DOESN'T LIKE IT WHEN YOU JIBBER JABBER IN THE VENUE “You, my audience, are all a bunch of poppaloppers. A bunch of tumbling weeds, tumbling ’round, running from your subconscious unconscious minds…. Minds? Minds that won’t let you stop to listen to a word of artistic meaningful truth…. So you come to me, you sit in the front row, as noisy as can be. I listen to your millions of conversations, sometimes pulling them all up together and writing a symphony. But you never hear that symphony… You haven’t been told before that you’re phonies. You’re here because jazz is popular, jazz has publicity and you like to associate yourself with this sort of thing. But it doesn’t make you a connoisseur of the art because you follow it around. You’re dilettantes of style. A blind man can go to an exhibition of Picasso and Kline and not even see what works. And comment behind dark glasses. Wow! They’re the swingingest painters ever, crazy! Well, so can you. You’ve got your dark glasses and clogged-up ears…. You become the object you came to see, and you think you’re important and digging jazz when all the time all you’re doing is digging a blind, deaf scene that has nothing to do with any kind of music at all.” Charles Mingus addressing the audience at the Five Spot in NYC.
Posted by Zed Naught at 2:45 PM 2 comments:

SOUTH OF NO NORTH SOUTH OF NO NORTH...escaping the war...Charles Bukowski "He looked at me. I stared down at my feet. He seemed to be reading a sheaf of papers in front of him. It took several minutes. Four, five, six, seven minutes. Then he spoke.
"Listen, I am having a party next Wednesday night at my place. There are going to be doctors, lawyers, artists, writers, actors, all that sort. I can see that you're an intelligent man. I want you to come to my party. Will you come?"
"No."
He started writing. He wrote and he wrote and he wrote. I won­dered how he knew so much about me. I didn't know that much about myself.
I let him write on. I was indifferent. Now that I couldn't be in the war I almost wanted the war. Yet, at the same time, I was glad to be out of it. The Doctor finished writing. I felt I had fooled them. My objection to war was not that I had to kill somebody or be killed senselessly, that hardly mattered. What I objected to was to be denied the right to sit in a small room and starve and drink cheap wine and go crazy in my own way and at my own leisure. I didn't want to be awakened by some man with a bugle. I didn't want to sleep in a barracks with a bunch of healthy sex-mad foot­ball-loving overfed wise-cracking masturbating lovable frightened pink farting mother-struck modest basketball-playing American boys that I would have to be friendly with, that I would have to get drunk with on leave, that I would have to lay on my back with and listen to dozens of unfunny, obvious, dirty jokes. I didn't want their itchy blankets or their itchy uniforms or their itchy humanity. I didn't want to shit in the same place or piss in the same place or share the same whore. I didn't want to see their toenails or read their letters from home. I didn't want to watch their assholes bob­bing in front of me in close formation, I didn't want to make friends, I didn't want to make enemies, I just didn't want them or it or the thing. To kill or be killed hardly mattered."
Posted by Zed Naught at 1:22 PM No comments: